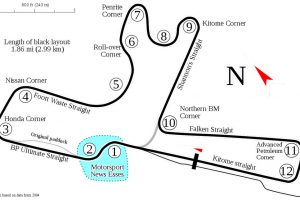 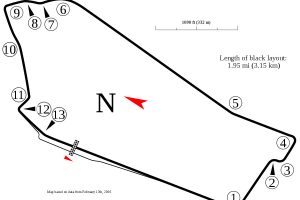 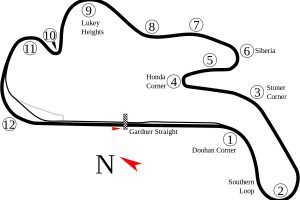 There are a few quick ways for the paddock cruiser or spectator to determine if a car is a 1600 or a 1200 Formula Vee at a glance. Most State Championship Regulations specify that 1200 Formula Vees should run a 100mm wide pink band on the front suspension and a 1600 car should run a […]

A Dorian timer is the transponder device required at most circuit races in Australia in order for the race timing system to work. If the car you purchased or leased does not have a dorian timer, you can buy one through Dorian Industries, Factory 1, 29 Graham Court, Hoppers Crossing VIC, 3029. Phone: (03) 9931 […]

Many circuits which run regular “open practice” days do not require the driver to hold any sort of license, however this depends on the track you are practicing at, and you should contact the track for more information.   Winton raceway offer Test and Tune days held most Fridays, for the preparation and setting up of […]

It depends on the make of car, but drivers as tall as 193cm or 6’4″ have raced Vee’s in recent years. Most new cars made from 2003 onwards also take advantage of an increase wheelbase and car length regulation to make it easier for taller drivers to fit into the cars.

Many weekend racers prefer never to leave Formula Vee once they have started, and there are members that have been racing Vee’s for over 10 years. Some of the younger or more serious racers progress to Formula Ford, or Formula 3, and some end up with a professional V8 drive. Cameron McConville, Larry Perkins, John […]

You need to be 14 years of age (16 in NSW) to hold a Motorsport Australia PCC license, which is required to race a Formula Vee in Australia.

Some tracks hold weekly or less regular “open practice” days in which any car can compete. Cost for these days is typically $200-$300 depending on the track. Contact your local track for more information. Most race meeting organisers also organise a Friday practice day at the track of the event immediately before the race meeting […]

Racing usually starts in February/March and can go right through to the end of November or even December each year. Most states run a state circuit series consisting of 6 rounds that count towards the year’s state championship. Plus there is the National Formula Vee Challenge and National Series held each year. Most states also […]

No sponsorship is required to race a Vee, and due to the low cost of racing, most racers totally self-fund their racing. However sponsorship will ease the financial strain if you are lucky enough to obtain any. 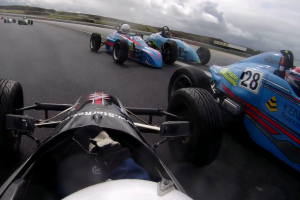 The cost obviously depends on the amount of damage, however, relative to other categories of open-wheeler racing, and any other form of circuit racing, crash damage is far easier and less costly to fix. Most suspension components are standard VW parts, so are simply acquired from your local VW performance supplier or wrecker. Wheels and […]

Racing a Vee is easy. All you need is your race attire (suit, helmet, boots, socks, gloves, and balaclava), a simple tool box, 2 fuel bottle, and a tyre pump and good air pressure gauge. Its quite possible for a single person to go racing on the weekend, but pit crew makes life easier, less […]

Up until 2003, all cars where required to use drum brakes from the 1200cc or 1300cc VW. From 2003 onwards, disk brakes of any make are allowed, provided that they utilise single piston callipers, non cross drilled and non ventilated rotors, and comply with the minimum weight per assembly. Any brake pad compound is permitted. […] 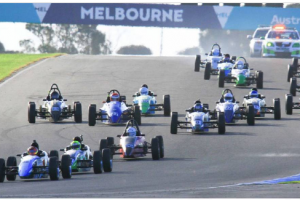 Firstly, you need to join and become a member of the Formula Vee Association of Victoria.  Then you need to organise a car by either purchasing one or find a car that you can lease.  You should also either organise to borrow or purchase all the necessary racing attire.  Next you should have your Motorsport […]

Yes, there are several Formula Vee manufacturers in Australia at this time that can make you a brand new Formula Vee. Jacer, Mako, Borland, Stinger, Rapier and Polar all make Formula Vees.  Checkout out the classifieds page at the National Formula Vee.  http://www.fvee.org.au/adverts 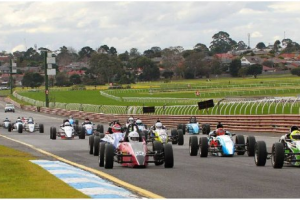 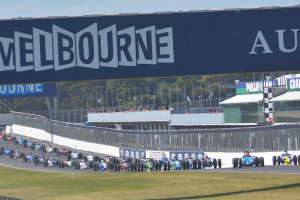 Field numbers depend on the state of competition. In recent years, Victoria and NSW fields have reached the grid limit of up to 46 cars. Whilst SA, TAS, WA, and QLD typically field 15-20 cars at a race meeting.  At the yearly National Formula Vee challenge larger grids are possible.